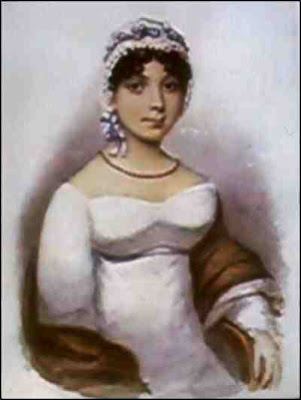 Sometimes life hands out a little happiness and surprise from most unexpected and unsuspected sources. Yesterday I went to a particularly pretty part of Berkshire with my husband to meet a client of his for lunch. I hadn't really asked where we were going, I was very happy to be going out into the countryside with the thought of spending a lovely afternoon out in the sunshine. We were a little early, and as the surrounding scenery was so gorgeous we decided to have a little tour down the lanes and chose a route at random to explore. There were so many pretty Georgian houses in the area and such quaint cottages, I began to think I'd stepped back in time and wondered if I should meet with one of Jane's characters or even Jane herself. Just as I was admiring everything around we came across a signpost marked with four directions. One of the posts pointed to the direction of Kintbury, which immediately struck a chord with me. Could this possibly be the same Kintbury where the Fowle family had lived and where Jane and Cassandra had spent much time in their youth? If you remember, Cassandra was engaged to Thomas Fowle after he graduated from Oxford University. Jane and Cassandra's father, George Austen, took in Tom and his brother Fulwar to prepare them for university so Cassandra and Tom would most likely have met for the first time at Steventon Rectory. Jane's brother James was a particular friend to all four Fowle brothers whose home was the vicarage in Kintbury. Eventually, Cassandra and Tom fell in love and were to be married, but they were forced to wait because of a lack of money. He sailed as a military chaplain with a relative, Lord Craven, to the West Indies, in an attempt to increase his fortunes, but very sadly died of yellow fever in San Domingo in 1796. Cassandra, it seemed, never recovered completely as she didn't consider marriage again. Jane's references to 'long engagements' in Persuasion were surely inspired by Cassandra and Tom's predicament.
It was with a mixture of emotions that I had a quick look round the village as I thought of both happy and sad times that Jane and Cassandra must have spent there. I am so glad to have been to take a look. Coming across Kintbury like that out of the blue was a wonderful serendipitous moment! 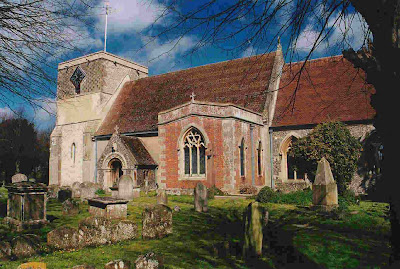