Willoughby's Return, a Sense and Sensibility Sequel - Up on Amazon! 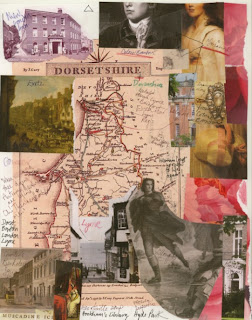 It's always an exciting moment when an author sees her new 'baby' go up on Amazon. The cover isn't there yet but I know the wonderful designers at Sourcebooks are on the case! Willoughby's Return is a sequel to Sense and Sensibility which is one of my favourite Austen novels. I've always wondered what might have happened to the Dashwood sisters after their marriages, and in particular how Marianne might have fared. In Sense and Sensibility Marianne has her heart broken by Mr Willoughby, her first love, but later finds true and lasting love with Colonel Brandon. Mrs Brandon is a passionate woman who gives her heart freely and I'm sure has found her equal in Colonel Brandon who despite his grave exterior has enough qualities and interests to satisfy his new wife - he is not only rich and gentlemanly, but he has proved his love for Marianne and he loves music and poetry as much as she! Elinor Dashwood, Marianne's sister, is also at hand having married Edward Ferrars who has become the new rector at Delaford Parsonage on the Brandon's estate in Dorset. 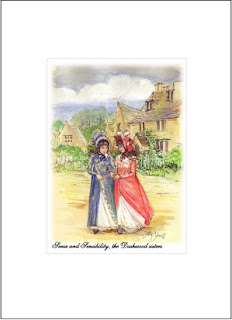 A happy ending for all concerned then? Of course, if you love to write Jane Austen sequels then a happy ending is guaranteed, there could be no alternative, but I had several questions about the Brandons that I needed to satisfy which is one of the reasons I had such fun writing this book. Although the Brandons have found happiness at last, I think their pasts are bound to catch up with them one way or another. Characters like Mr Willoughby, Marianne's first love, and Eliza Williams, the daughter of Brandon's ward are re-introduced into my book, Willoughby's Return, a tale of almost irresistible temptation. Margaret Dashwood, the youngest daughter is of an age to be going to balls and looking for partners and her story weaves in and out of the others. I really enjoyed writing Mrs Jennings's character and the Steele sisters. Lucy Steele is of course married now to Robert Ferrars. There is more information on my website as well as an extract from my new book which will be released in November.